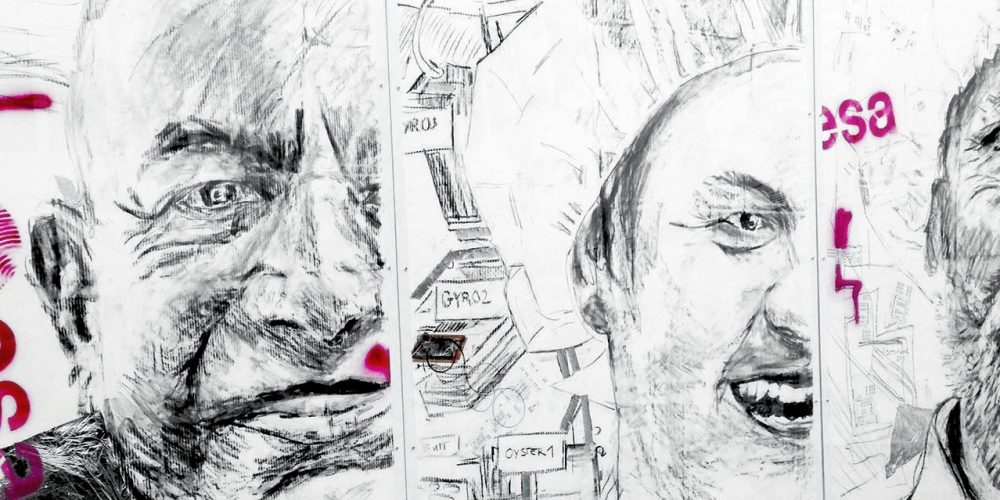 At the end of December 2013 a rocket carrying the space telescope Gaia was launched from the European spaceport in Kourou, French Guiana. This event was accompanied by an art exhibition at the control center in Darmstadt. Watching the architects of Europe’s new astronomic telescope Gaia at work in Toulouse, Oskar Stocker painted their portraits. Thirteen of these portraits were shown at the satellite launch at the European Space Agency’s operation center in Hessen.
With the Gaia mission, scientists will be able to create a new kind of three-dimensional map of our galaxy. A billion stars were also measured with a precision of 0.00001 are seconds: stars that are up to 150 thousand light-years away and 400 thousand times dimmer as that which the human eye can see.
The painter artistically addresses this unbelievable technology, and the human genius and creativity that devised it.