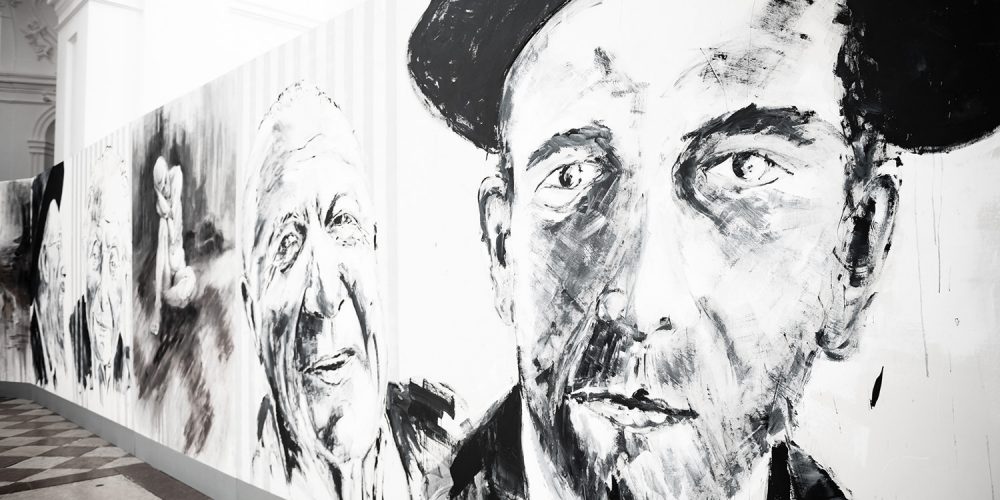 “For the exhibition Kaddisch to find its space at the Salzburg Kollegienkirche, it also required courage on the part of church officials, which should be recognized. The central object refers to the prayer that every Jew says for his forebears. In memory of the dead a new life is manifested.”
Priv. Doz. Mag. Dr. phil. Marcus G. Patka

“November 9 should also reminds us of what happened 80 years ago… As survivors and later generations we want to adhere to those words that Moses gave to us: ‘See, I have set before thee this day life and good, and death and evil…’ Life is most worthy of protection – this command was given to all mankind and no authority nor city is exempt from it.”
Marko Feingold, President of the Jewish Community in Salzburg; at 105 years old, he is the oldest Holocaust survivor in Austria