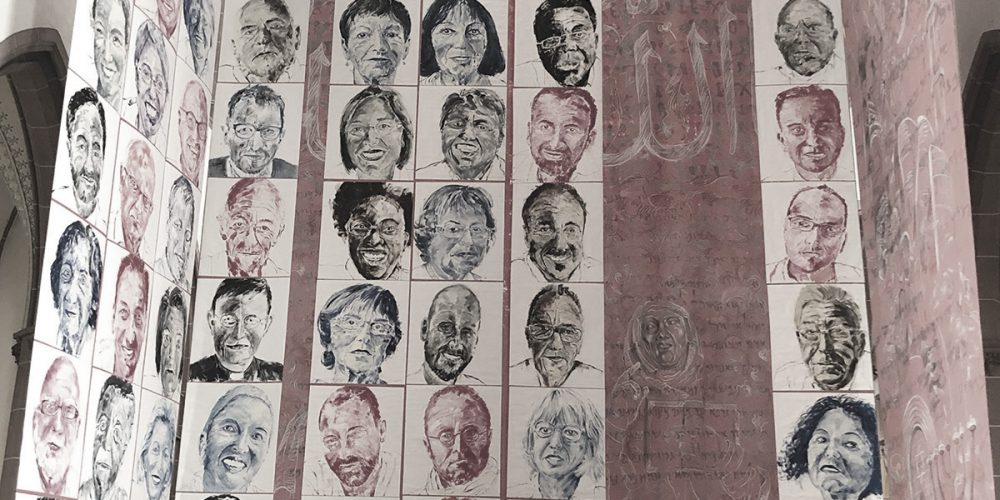 During Lent in 2019, St. Agnes Church in Cologne exhibited Oskar Stocker’s series of large-format portraits of Jewish, Christian, and Muslim Colognians painted between 2012 and 2014. For Stocker the respectful coexistence of people of various backgrounds is a foregone conclusion, and thus he paints all of his sitters without any attribute that might indicate to which religion they belong. Thus he invites us to see the people as they are, religion aside, as inhabitants of the city, who each make a contribution in their own way to this coexistence and thus play an important part in the common good. Originally these paintings were to be shown at the synagogue, the new central mosque as well as at a church in Cologne.

An opulent and enormous installation, these 64 portraits of Cologne residents are mounted on a large red canvas as a Lenten veil with a surface area measuring more than 200 square meters. It is a tremendous wall and forms a partition separating the choir of St. Agnes Church from the congregation.