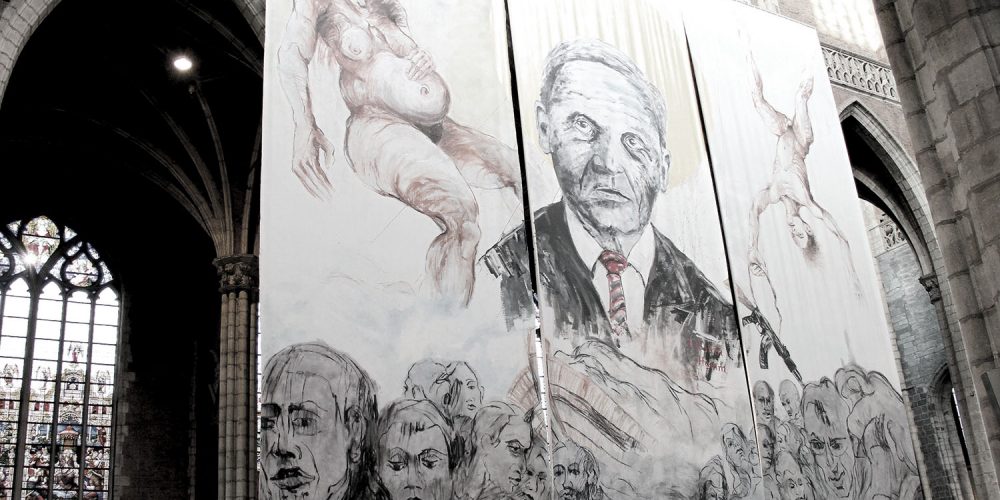 The Ghent Altarpiece – a depiction of God and sacrificial altar: On a wall surface measuring 288 square meters, the Graz artists Oskar Stocker and Luis Rivera reinterpret the Ghent Altarpiece. It stands as a provocation and amplification in direct analogy with the famous original. The exhibition shows the dramatic rescue of the Lam Gods (Lamb of God) altar before its destruction by the Nazi regime. During the final days of war a group of brave Styrian mine workers prevented a plan to destroy the altarpiece, which was part of a cache of irreplaceable artworks (including, for example, Michelangelo’s famous Madonna of Bruges) stored in the salt mines in Altaussee. The exhibition was accompanied by extensive text and documentation from the national archives.